This Vitamix 7500 review will talk about the differences and the few improvements over the standard 5200 model, but is it worth the additional price? In this post, I’ll be talking about the pros and cons of the machine. Hopefully, this will help you make a smarter purchasing decision. 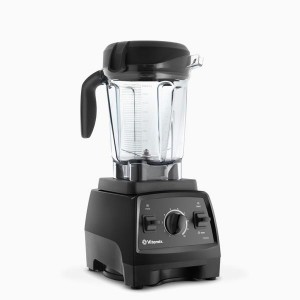 I know it’s very important for consumers to hear the bad news along with the good news. Especially with the price of these appliances being around half a grand.

The most common question I receive about this model, in particular, is whether the extra cost is worth it over the other cheaper models. I’ll try to cover each aspect of the blender to the best I can for this reason.

All of the Vitamix blenders are known for their unrelenting power. They’re capable of cutting through hard ingredients such as nuts just as easily as they blend fresh fruits. It’s a line of precision machines that have been refined over the years to be exceptional at a wide variety of tasks. The Vitamix 7500 comes equipped with a 2.2-peak horsepower motor. Which is slightly more power than the 5200 model. Yet this more powerful machine manages to also be somewhat quieter. They accomplished this by using larger blades that spin at a slower RPM for a more efficient blending process.

The machine is still very much audible though, especially cranked up to its max setting. The noise is obviously attributed to the massive motor they used inside. Unfortunately, there isn’t really any way around this unless they come up with some sort of dampening chassis. I think some people that have only ever used weaker blenders before might be turned off by it initially. This appliance is built specifically for power though.

This large motor inside also generates a lot of heat, as you can imagine. Thankfully there’s a radial cooling fan and thermal protection system that keeps everything running smoothly. If the heat did happen to get too high, for whatever reason, the machine would automatically turn itself off to protect itself from overheating. I’ve had no issues over the past few weeks with heat or having it shut down from my testing. It’s nice to know it has that safety feature though so you don’t have to worry about leaving it on too long. 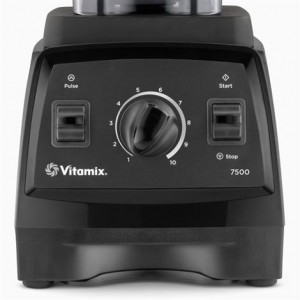 Previously I stated that there were a wide variety of tasks that you can do. I think the majority of people think of these machines as just blenders, yet they also have the same ability of a juicer and a mixer. This adds to the overall value of the machine and makes the high cost easier to swallow when you think of it that way. It’s important to point out that this model has a differently designed jar compared to the 5200. In my experience, the machine is a little easier to clean because of this design change.

One nice tip for easy cleanup; after using your blender, fill it up about halfway with water and add ONE drop of liquid dish soap. Make sure you only add a single drop of soap otherwise you could have an explosion of bubbles on your hands in a very short time. Turn the Vitamix 7500 on and watch it clean itself, pretty convenient for light messes! Unless of course, you have stuff that’s caked on but most of the time it works quite well and can save you some hassle of scrubbing or scraping. Watch this short unboxing video for a few more details!

The lid is also smartly designed with small vents which allow steam to escape. This scenario usually happens when I’m making soups in the Vitamix 7500. If the lid did not have these slits the steam generated would “sweat” out of the edges and down your blender container. It’s a nice feature that makes the machine easier and more convenient to use. I’ll point out that the quality of materials is also very high, with the lid clips being metal instead of plastic like some other cheaper brands. The whole thing has a really high-quality feel to the overall design.

I’ve thrown a large assortment of nuts and other tough ingredients into the machine and it was able to handle everything with ease. One of my favorites is making homemade peanut butter and it’s actually one of the easiest recipes you can make. You add peanuts and some organic honey into your jar and turn your blender on for about two minutes or so until everything is smooth and creamy. The power of this Vitamix allows everything to get broken down into a silky texture. You will have to use your tamper when making nut butters though to make sure it gets blended completely. I didn’t notice any chunks of peanuts during my taste testing.

Chopping is also pretty easy thanks to the dedicated pulse button. A few quick taps on the pulse button made short work of celery, carrots, and onions. Perfect for adding to the soup recipes available on this site. You have to be careful not to pulse the ingredients too much, especially if you’re trying to chop softer vegetables. Otherwise the entire mixture will just turn to a glob of mush, which isn’t what you want. I think homemade salsas are the biggest offenders of this, you really don’t want to overmix those and it can be somewhat difficult at times.

There are so many people getting into the fresh juice and smoothie trend. Which is a great thing since it’s an easy way to get your daily source of fruits and vegetables. Especially for people that have a busy schedule and don’t have time to eat a cornucopia of produce every day. Make sure to read about the pros and cons of juicing located at this article I wrote here: The Pros and Cons of Juicing.

During the testing, the Vitamix 7500 blender devoured any and all fruits and vegetables into a smooth consistency. There weren’t any noticeable bits or chunks of ingredients in my smoothies that I made. It was almost like drinking cream in a way, I’d say the perfect consistency! If you dislike vegetables, this is the easiest way to get more of them into your diet in my opinion. A side note, you have to be careful about leaving your Vitamix 7500 on for too long while blending smoothies or juice. The heat from the motor will start to raise the temperature of the liquid. You can add some ice cubes to counteract this a little bit but the best thing is to just not leaving it on for too long.

I made some of the soup recipes on this site and I’m quite pleased with how well they turned out. Generally, you leave the machine on for an extended period of time, say 15 minutes, and this heats the soup up to a point where steam actually starts forming. As I said earlier the company was extra clever because the lid has small ventilation slits to allow the steam to escape. Which means you’ll want to keep your blender away from your cabinets a bit.

As far as recipes go, I made a cream of potato soup that was really delicious in this. It was hot enough that I had to actually let it cool down before I could taste it. Overall I’m happy with how it performed with this task and I’d say that soups, in general, are one of my favorite recipes to make in blenders. 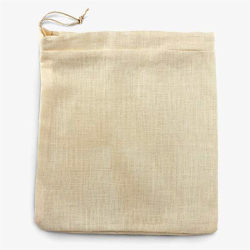 There are several parts you can purchase for your Vitamix 7500 blender. Standard items such as extra tampers and replacement blades. They also offer different sized container jars: 32, 48, and 64 ounces to be specific. There’s a unique “dry grains” blending jar that is used to make homemade flour and that sort of thing. I’ve personally never had a need for it compared to the standard wet style jar but that’s personal preference. Some people say the dry container works better for making nut butters, but I haven’t had any trouble with making them in the wet container before.

An accessory I do use relatively often is their filtration bag. It allows you to filter out the pulp from the fruit juices you make. There are pros and cons to leaving the pulp in or taking it out, refer to the other article I linked to earlier for more details.

I’d say the Vitamix 7500 model isn’t a huge improvement over the 5200. It’s slightly quieter and a little more powerful, but it doesn’t necessarily blend recipes better. It can handle all of the same tasks and seems extremely well-built. It also has a total height of 17.5″ which means it will likely fit under your kitchen cabinets. This can be a plus since some of the other models are too tall. Ask yourself if these improvements are personally worth the extra money. It’s not a massive jump some people make it out to be but those little extras might be exactly what you’re looking for.

Before I end this article I think it’s important to let you know that every Vitamix is built here in the USA. According to them, they use at least 70% of parts originating from America as well. The machine comes with a standard 7-year warranty, which is a major selling point for buying a cheaper blender brand. That shows the company is confident about their product and stands behind the quality of their blenders.

This is an appliance you’d want to use every day, especially since it can handle so many different tasks. Use it as a juicer to make fresh juices or smoothies in the morning. Use it to make side dishes like soups while you’re cooking your main course. I think overall it’s a great way to eat healthier meals, it definitely makes them more convenient to prepare. You really can’t go wrong with the Vitamix 7500 and it is a great model from the company. You’ll just have to decide whether the improvements are worth the extra money based on your preferences.

Click the button below to view the Amazon product page of a brand new model. The prices and offers tend to fluctuate. Add one to your cart to see a total price for any taxes or shipping.

If you’re willing to consider a certified renewed machine to save a little money, I’d recommend checking out the Vitamix Explorian model on Amazon. It’s very similar to the 7500 model in many ways. It has a 2.0-HP motor, dedicated pulse switch, and utilizes the newer low-profile jar. It also comes with a 3-year warranty and a 30-day money back guarantee as well. At least add the product to your shopping cart to view the current total price to see a final total price.

"As an Amazon Associate I earn from qualifying purchases."